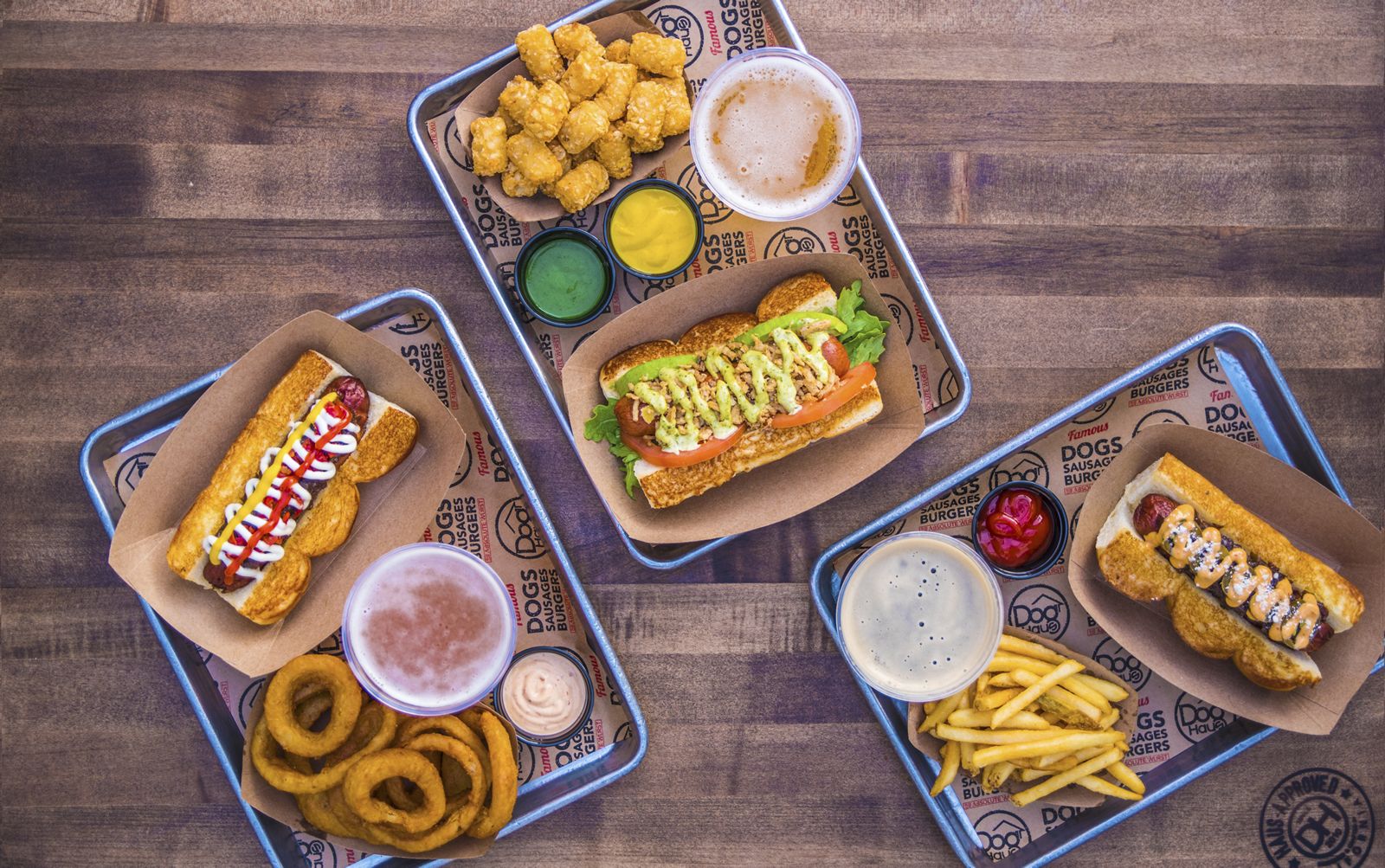 Acclaimed gourmet hot dog, sausage and burger concept plans to open 15 locations by the end of 2027

Washington, DC  (RestaurantNews.com)  Dog Haus is continuing its rapid growth in 2022 as the award-winning concept sets its sights on aggressive expansion in the Old Line State!

The acclaimed hot dog, sausage and burger concept announced today that the company has executed an area development agreement with existing franchisees Faizan and Adila Khan to grow their portfolio with Dog Haus and open 15 locations over the next five years in several major cities throughout Maryland such as Annapolis, Baltimore, Columbia, Frederick and Germantown. Faizan Khan currently franchises three Dog Haus locations in the greater D.C. area in Bethesda, Gaithersburg and Silver Spring.

“We’re thrilled to see Faizan and Adila parlay their success with Dog Haus into expanding throughout the entire state of Maryland,” said Dog Haus Director of Franchise Development Erik Hartung. “Faizan has been a highly accomplished franchisee with Dog Haus by entering the restaurant industry with an incredibly unique, effective business strategy. We can’t wait to see this growth unfold and bring our one-of-a-kind creations to more markets throughout this great state!”

With decades of experience in the technology industry, Faizan Khan took an analytical, data-driven approach to franchising. He was initially drawn to becoming a franchise operator with Dog Haus due to its differentiation from other concepts, the prospect of the brand’s high-potential market growth in Maryland and the financial success achieved at other franchise locations.

“We’re excited to grow our partnership with Dog Haus,” Faizan Khan said. “We’ve seen incredible numbers at our first three locations in the D.C. area, including an average ticket of $25 across the locations. So, we decided that now was the perfect time to bring The Absolute Würst to more fans across the state. We can’t wait to expand into so many new, fast-growing cities throughout Maryland!”

Dog Haus is an award-winning concept known for its gourmet hot dogs, sausages, burgers, plant-based and fried chicken offerings, creative full bar program and The Absolute Brands. Founded by longtime friends Hagop Giragossian, Quasim Riaz and André Vener, the first Dog Haus opened in Pasadena, California in 2010. Dog Haus was honored with Nation’s Restaurant News’ prestigious MenuMasters Award and has been named in Fast Casual’s Top 10 Movers and Shakers list since 2020. The brand continues to garner critical acclaim for its signature all beef dogs and hand-crafted sausages with no added nitrates, and 100% Black Angus beef burgers – all of which are made with hormone- and antibiotic-free meat and served on grilled King’s Hawaiian rolls. With its mission to sustainably feed everyone who walks through their doors, Dog Haus also offers a diverse lineup of plant-based burger, sausage and chicken creations. While establishing itself as a “haus”-hold name, the brand has helped raise enough funds from its innovative collaboration with high-profile chefs to feed over two million kids in need through its national charity partner No Kid Hungry. For up-to-date location and brand information, visit doghaus.com or follow Dog Haus on Facebook, Twitter and Instagram @DogHausDogs.